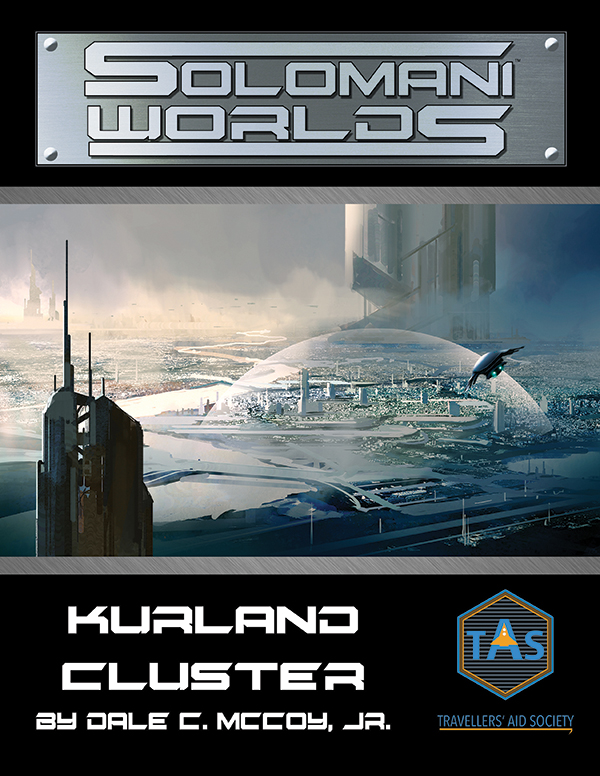 When it comes to Traveller, I love maps as much as the next person. Just looking at TravellerMap.com can be mesmerizing. The sheer quantity of information available there is just astounding. There are other resources for planetary maps of main Traveller worlds and generators and they are all great, but the one thing I am no seeing much of (and I admit, it may be out there and I just don’t know about it) is a solar system map set for every planet out there. So that is something we aimed at helping Traveller refs, starting with the Solomani Worlds: Kurland Cluster.

Of the six systems cover in Kurland Cluster, three of them have solar system maps such as this one right here. While not to scale, this gives you an idea of what the individual planets look like and their relative positions. Not only that, describe within details about many of the planet, like how Viduus is a gas giant with a massive quantity of electrical storms and a pilot would have to be either desperate or suicidal (or both) to try refueling there, even if Liber is a full week away when travelling with standard grav drives, two weeks if your starting destination is Libitina.

We’re almost done with this supplement and we hope you pick it up as soon as it is done. Grab our other Traveller supplements at DriveThruRPG today.

← 3 Reasons Why You Should Never Split the Party
Traveller: Fly To Whole New Worlds →