Have the Most Epic of Space Battles Near a Lonely Asteroid 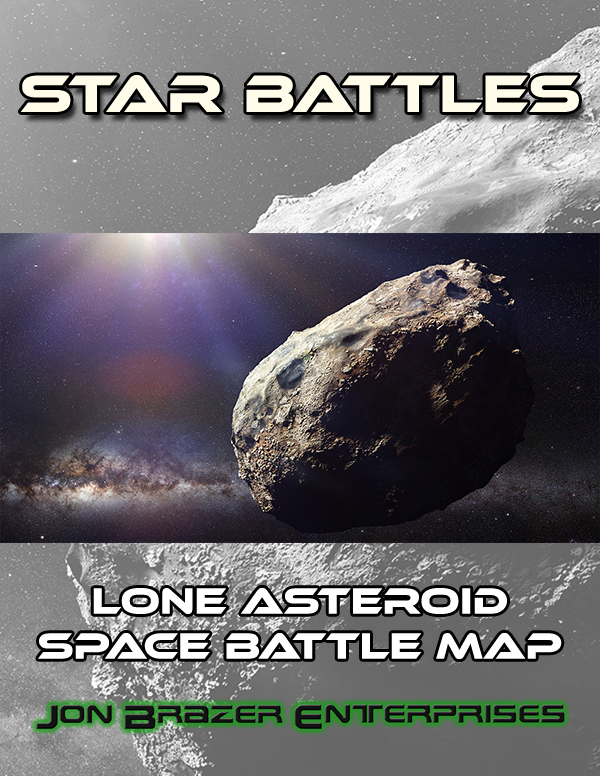 Have the Perfect Map for Your Space Fight!

Is the secret base hidden inside an enormous asteroid? Is this huge space rock hurtling towards a planet and the players the only ones that can stop it? Now bring these scenes to life on your virtual tabletop and inspire awesomeness in your games. Star Battles: Lone Asteroid Space Battle Map is the perfect backdrop to making your battle among the stars epic.

Will the meteors be raining down on the planet, destroying all life unless the characters intercede? Are there pirates hiding near the planet, waiting for unsuspecting cargo haulers to pass nearby? Have the most epic of adventures with this beautiful backdrop. Download the exact map you want and add that extra spice to your starship fights with Star Battles: Planet and Blue Sun Space Battle Map. Inspires your gamers and have space battles to remember.

You get a single map in JPG format. This beautiful map is perfect for any roleplaying game including Starfinder, Traveller, Stars Without Numbers, and many, many others. The image can be added to any virtual tabletop including Roll20, Fantasy Grounds, Map Tool, d20Pro, Astral, and more.