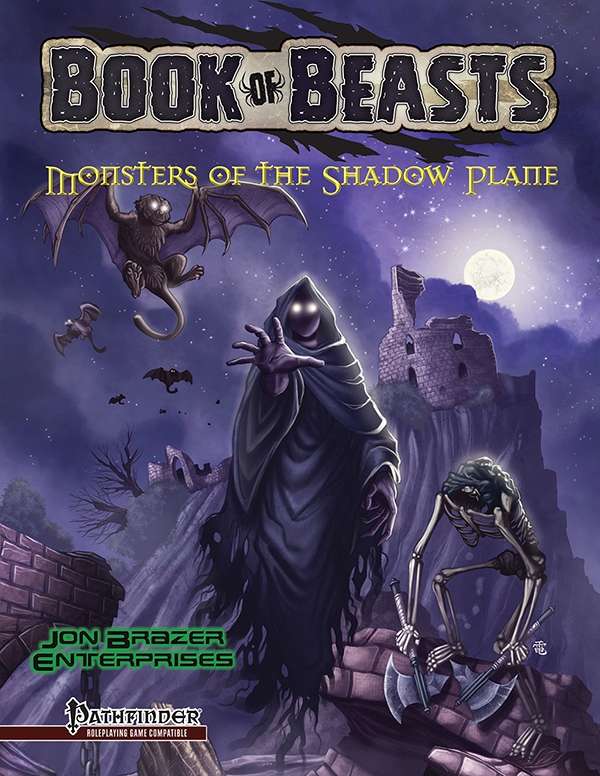 The dark folk have not gotten much love. These underground dark reflections of the humanoid races rarely held the spotlight. So I am going to work to fix that. Below is a new entry into the society of of the dark folk, the dark soldier. These fighting legions keep their people safe from the greater dangers of the underground world, be they monstrous in origin or other humanoids. While open warfare is a rarity among the dark folk, dark soldiers frequently serve as body guards for the dark guildmasters protecting them from assassination attempts.

If you need more darkness-themed monsters in your game, check out the Book of Beasts: Monsters of the Shadow Plane, on sale now at DriveThruRPG. Check out all of JBE’s Pathfinder 1e titles while they are 40% off their regular price at DriveThruRPG. Download now.

Death Throes (Su) When a dark soldier is slain, its body combusts in a flash of bright white light, leaving its gear in a heap on the ground. All creatures within a 10-foot burst must make a DC 12 Fortitude save or be blinded for 1d6 rounds. Other creatures of the dark folk subtype within 10 feet are blinded for 1 round on a successful saving throw, due to their light blindness. The save is Constitution-based.