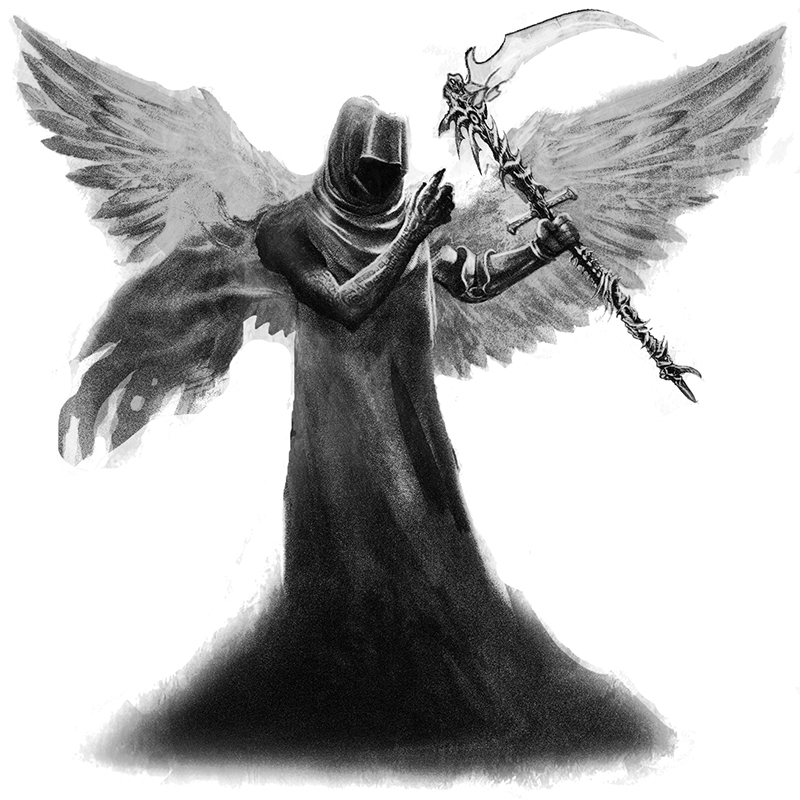 When it comes to ferrying the dead off to their afterlife, preventing them from haunting the living, I think Christmas. Well, a Dickens-inspired Christmas, at least. Of course there’s the holiday classic movie, It’s a Wonderful Life, or the 80’s variation I grew up on, One Magic Christmas. In more recent times my wife is a huge fan of the The Family Stone. What can I say, Christmas entertainment always involved quite a bit of death when I was a kid. That and someone saying, “you’ll shoot your eye out,” but that is beside the point.

This psychopomp first appeared in the JBE release Book of Beasts: Monsters of the Shadow Plane. Order or download yourself a copy of this monster book today at DriveThruRPG and the Open Gaming Store.

One arm covered in heavy metallic armor and the other covered in rune-like tattoos, this winged figure is both escort and executioner of the lost. 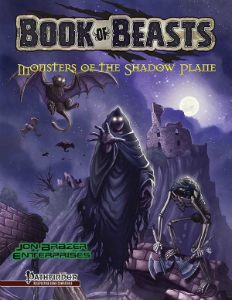 Armor While a memitim wears no armor, its left arm is made out of metal armor. Because it is a part of the memitim, it takes none of the penalties of wearing armor. If this arm is cut off, a huge size creature can wear it immediately as the arm from a suit of Huge +4 full plate armor. The arm possesses a maximum Dex bonus of +1, armor check penalty of -7, 35% arcane spell failure, no reduction in base speed, and weights 40 lbs.

Ghost Touch (Su) A memitim treats all natural and wielded weapons as if it had the ghost touch ability.

Hidden Body (Su) It is harder to score additional damage against the memitim due to the concealment provided by its long robe. When a critical hit or sneak attack is scored on the memitim, there is a 50% chance that the attack deals normal damage.

Spiritsense (Su) A memitim notices, locates, and can distinguish between living and undead creatures within 60 feet, just as if it possessed the blindsight ability. When the god of life and death selects a being to die. The marked one meets his death at the place and time appointed. Should his soul or body continue on and become one of the unliving, the memitim returns it to its intended destination—by force, if necessary.

← Traveller: Hypercycle
5 Questions Every Bard Should Be Able to Answer →