Traveller: Enter the State of Chaos 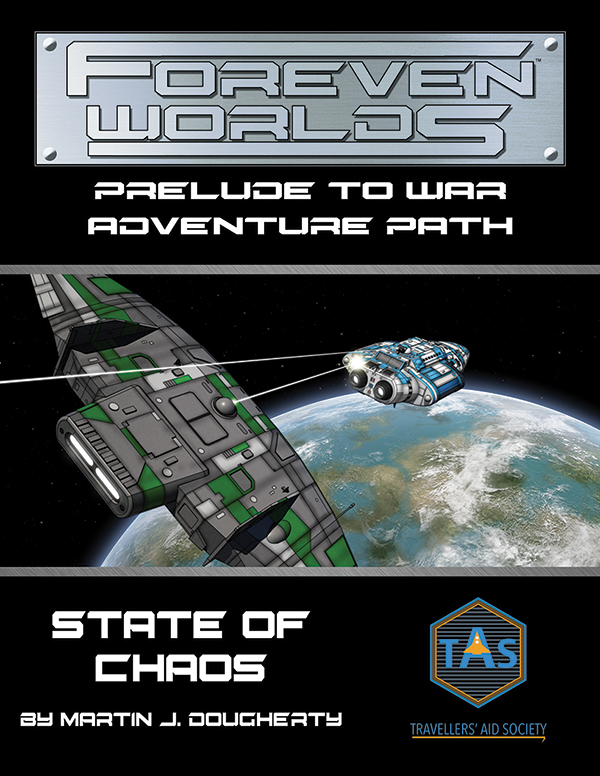 Ms. Klein assigns the travellers to extract seven people from the Torres Monarchy, a region of Alespron Subsector engulfed in a bloody civil war. Here the characters can see for themselves what kind of havoc SORAG can cause if left unchecked. To make matters worse, Zhodani warships are attempting to pacify the more rebellious worlds, only serving to make the people more militant. Can the travellers convince their targets to come peacefully, or will they have to use force to achieve their goal? Will they be caught by Zhodani forces trying to remove such high value persons from that region of space?

This volume of Foreven Worlds continues the Prelude to War Adventure Path and includes:

Arrive in the Nick of Time! Be the Big Darn Hero!

Download the Traveller adventure Prelude to War: State of Chaos today from Jon Brazer Enterprises exclusively at DriveThruRPG and RPGNow.com.