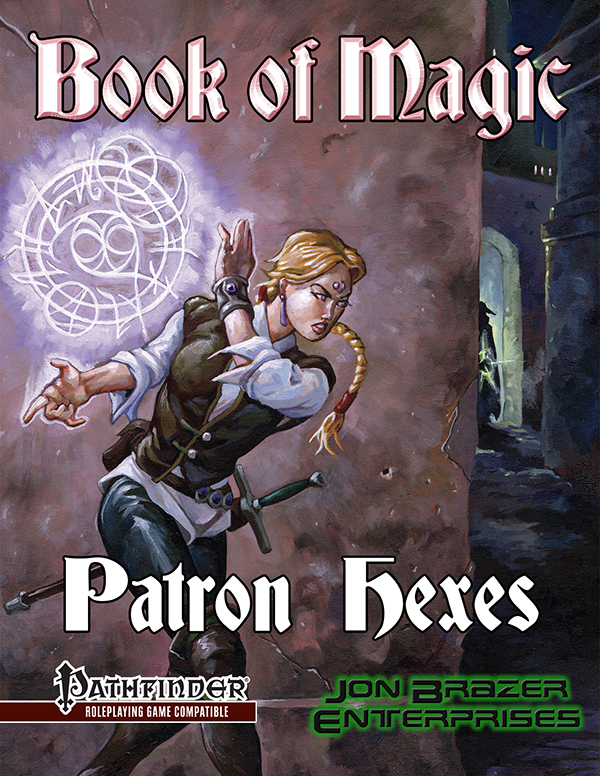 Last week we started a series of witch hexes based on the patrons. We started off with the Shadow patron. We continue the series this week with the Elements patron.

Each of these hexes is only available to witches with the Elements patron.

Engulfing Hexflame (Su): The witch chooses a creature within 30 feet and the creature is engulfed in protective but harmless blue, green, and red flames for 1 round. While on fire, the creature gains either fire resistance 10 or cold resistance 10, per the witch’s choice at the time of using this hex. The duration of this hex can be extended with the cackle hex. At 8th level and 16th level, the duration of this hex is extended by 1 round. Once a creature has benefited from the engulfing hexflame hex, it cannot benefit from it again for 24 hours. A creature engulfed in the fire suffers a –10 penalty to all Stealth checks. The flames are always visible, even if the creature is invisible.

Whispers on the Wind (Su): The witch whispers a short message to a creature within 120 feet. Only the target of this hex hears the message. The target creature can immediately reply with a short message. At 5th level and every 5 levels thereafter, the witch can choose another creature who can hear and reply to the message.

Major Hex: Change Element (Su): The witch can alter the type of damage done by a spell she casts. When she casts a spell that deals energy damage (acid, cold, electricity, or fire only), she can have it deal another type of energy damage instead, so long as she has another spell prepared of 1st-level or higher which inflicts the desired energy type. For example, the witch can cast a lightning bolt that deals fire damage if she also has burning hands prepared, but after casting lightning bolt, she could not then cast a burning hands that deals electricity damage unless she has another appropriate spell prepared.

Download the Book of Magic: Patron Hexes for Pathfinder at the JBE Shop. You can also find it at DriveThruRPG, Paizo.com, and the OpenGamingStore.